We are proud to have served the Texas real estate investment community for 35 years. Assistance in managing, evaluating, and selling real estate is our expertise; providing client, as well as resident satisfaction is our mission. 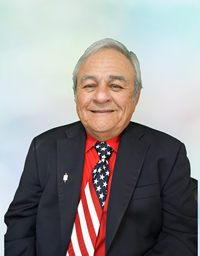 Ray has been a Certified Property Manager (CPM) for 30 years. He has managed property in Texas, New Mexico, Missouri, and California. Ray has been the architect of Monterrey’s growth since 1990. Prior to 1990, he was Vice-President of Johnstown/Southmark, a national real estate firm based in Atlanta. He was responsible for 3,500 units in multiple cities between Houston and California. .

Ray is a Senior Member of the National Faculty of the Institute of Real Estate Management (IREM). He conducts management training classes 3 to 4 times a year in major real estate markets in the US on behalf of IREM. He has also been invited to teach in Canada, Spain, Portugal, Russia, China, Chile, and Brazil.

From 1997 to 2009 Jody joined Encore Management Company managing approximately 13,000 units and as Regional Vice President successfully oversaw 3,500 multifamily units or 24 properties to include assets in Austin, San Antonio and Missouri. 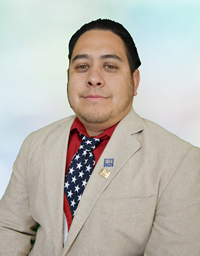 Mike has been with the company for over 14 years starting in the maintenance position and progressively working thru a leasing position, a Property Manager and Area Supervisor.

Mike has primary responsibility for West El Paso and New Mexico operations as well as serves as the co in house Tech Support Manager.

Monterrey Asset is El Paso based and is supported by three individual Area Managers who each oversee either the East, Northeast, or West sides of El Paso. Each Area Manager has been with Monterrey for over 10 years and each has extensive individual experience (18, 14, and 12 years) dealing with multi-family properties in the El Paso Market.

The accounting function is provided by three full-time and two part time bookkeeping department personnel who use off site (web based) apartment accounting system that goes by the trade name Resman. Each property owner is allowed direct access to the web based system to review and print any of the multiply reports available on demand.

Every 10 days, Monterrey clients receive a one page activity report showing all the relevant information on their property (tours, leases, move-ins/out, collections, etc.). By the 5th of the month they receive a full cadre of month end financial and activity reports.